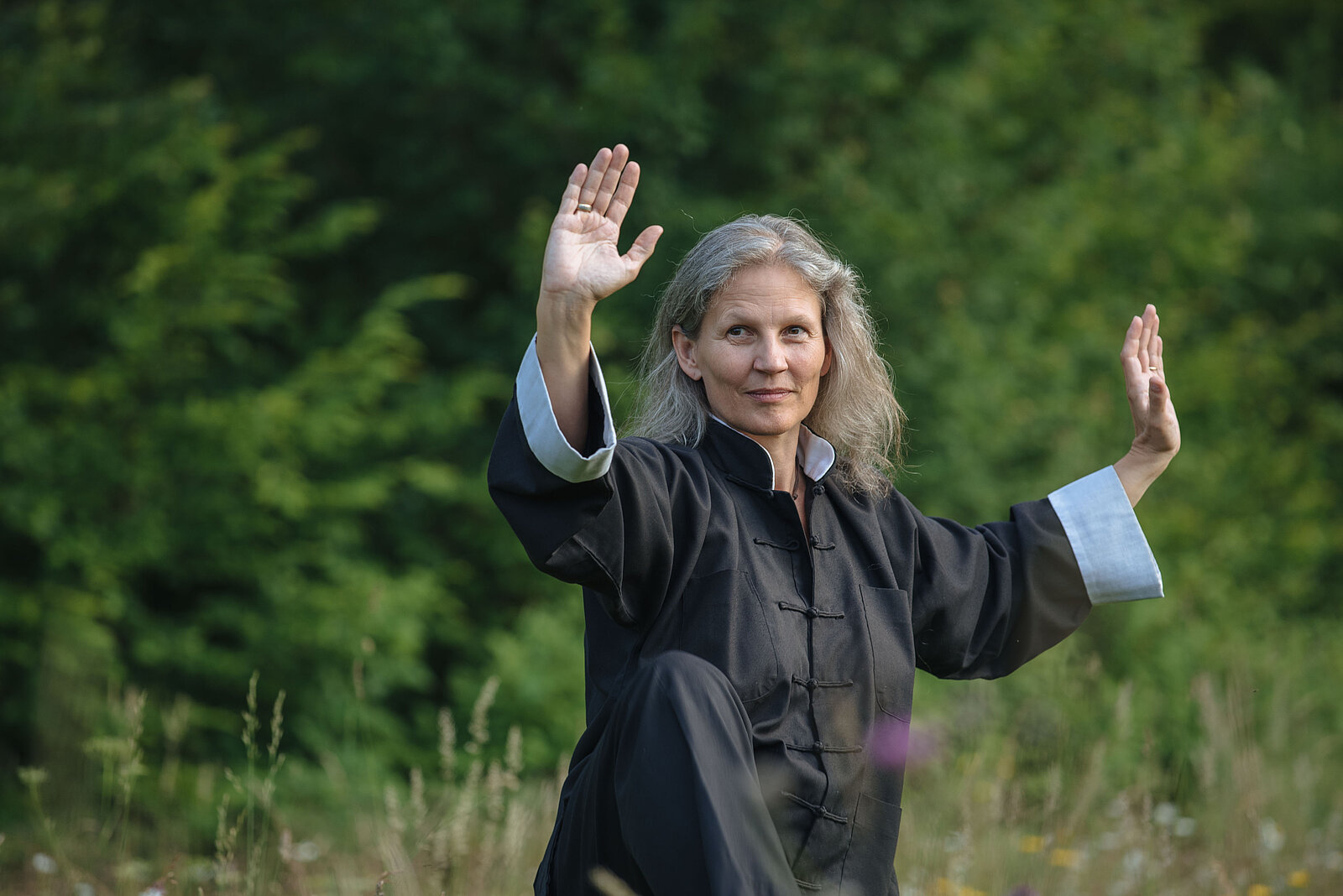 Tai chi is often described as "meditation in motion," but it might well be called "medication" in motion. Taiji Quan & Qi Gong are part of the weekly spa program and are taught by Dr.univ. Imke König who has been practicing Taijiquan and Qigong for 35 years and is also a doctor of Traditional Chinese Medicine (TCM). Individual classes and TCM treatments can be booked at the SPA DESK.

There is growing evidence that this mind-body practice, which originated in China as a martial art, has value in treating or preventing many health problems. And you can get started even if you aren't in top shape or the best of health. In this low-impact, slow-motion exercise, you go without pausing through a series of motions named for animal actions — for example, "white crane spreads its wings" — or martial arts moves, such as "box both ears." As you move, you breathe deeply and naturally, focusing your attention — as in some kinds of meditation — on your bodily sensations. Tai chi differs from other types of exercise in several respects. The movements are usually circular and never forced, the muscles are relaxed rather than tensed, the joints are not fully extended or bent, and connective tissues are not stretched. Tai chi can be easily adapted for anyone, from the most fit to people confined to wheelchairs or recovering from surgery. This gentle form of exercise can help maintain strength, flexibility, and balance, and could be the perfect activity for the rest of your life.

In the Taiji Retreat, we study and practice the form, or choreography, of the authentic Yang style. Qigong exercises are additionally practiced for warm-up, strength, coordination, and agility. In four days, we will cover either Part I of the form (Earth), or the first or second half of Part II (Sky) (including script) The first part is somewhat easier than the second, but in principle we could start with Part II as well. Warm-up with Qi Gong exercises before we develop and practice the choreography of Part 1 of the authentic Yang-style form as a group. The meditative aspects of this form of movement are explored, as well as the principles of opening and closing the yin and yang.

In the TCM and Qigong Retreat, the essence of Traditional Chinese Medicine is explained. Each day, new Qigong exercises are taught, along with knowledge about the principles of the Chinese Five Element Diet, and of living a happy, long life in harmony with nature. aily Qigong exercises (including script). The principles of the Five Element Diet in TCM. TCM Lifestyle: Live a long and happy life!

This 4 or 5-day retreats comes with/includes a detailed script for practicing at home. Lessons take place from 10:00 am to 12:00 noon (with a short tea break) and from 3:00 pm to 4:00 pm. Please wear comfortable, breathable loose cotton clothing, socks or shoes with a flat, thin sole. Since windows are often kept open during practice, be sure to dress warmly enough and always have a sweater and a scarf or shawl with you just in case.